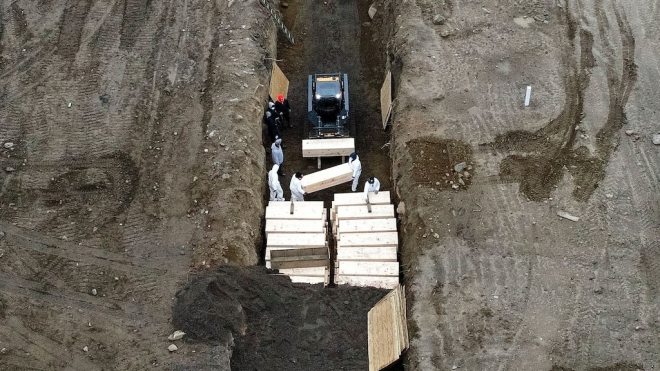 Sleep comes fitfully if at all anymore. In this I know I am not alone. At their due hour, the yawns, lethargy, and drooping eyelids make their appearances. Yet slumber comes not. Pills of concoctions both chemical and herbal are consumed in conjunction with pleas to Hypnos. But to no avail. Unlike past episodes of sleeplessness, there are no fiercely ruminating thoughts. Oddly, the mind is relatively quiet. All the same, consciousness will not abate. As I lie amidst the passing hours, a restless presencing inhibits the transition to sleep. Invading both body and mind, but perhaps most powerfully agitating the soul, it seems best described as a haunting.

Contemplating this experience, I’m drawn to a passage in Memories, Dreams, Reflections, where Carl Jung recalls the events immediately precipitating his writing of the gnostic Seven Sermons to the Dead:

It began with a restlessness, but I did not know what it meant or what “they” wanted of me. There was an ominous atmosphere all around me. I had the strange feeling that the air was filled with ghostly entities. Then it was as if my house began to be haunted…. The whole house was filled as if there were a crowd present, crammed full of spirits. They were packed deep right up to the door, and the air was so thick it was scarcely possible to breathe.

While his was an acutely vivid and personal experience of an altered state, it in many ways feels comparable to the moment we collectively are in now. At least for me, it does seem that my apartment is “crammed full of spirits” such that it feels “scarcely possible to breathe.” The chest hurts, the heart pounds, the breath is shallow or often forgotten. The spirits find their ways in through the television, computer, and phone. Or they respond to the call of our aching and anxious hearts and that web of uncertainty, tension, and loss through which we are all joined. For while suffering and grief are far too frequent and cruel of visitors in innumerable sites around the globe, never before has our interconnectedness and vulnerability resulted in such a singular, unified expression of them.

Regardless of how the spirits arrived, they are here and, as with Jung, they demand attention. Such a relentless and overwhelming encounter is bound to elicit an avalanche of responses from the most superficial to the most profound. However they may manifest in us, we ignore our responses and their sources at our peril. For Jung, the spirits stayed until they got what they wanted: the Sermons. For us, the spirits will likely linger at least until the pandemic passes, and perhaps for much longer.

While they bring with them – or at the very least bring to our attention – death, sickness, pain, suffering, loss, fear, anger, discomfort, and uncertainty, these are not meant to be escaped, avoided, fled, or defeated. Those who label this pandemic a “war” are wrong. This is more accurately an encounter with our essence, both as individual humans and collectively as a species. The pandemic is a mirror. We are obliged to reflect on what we see, ask how it makes us feel, and answer what it is we are going to do about it.

In his preface to Ghosts – or the (Nearly) Invisible: Spectral Phenomena in Literature and the Media, Leipzig University professor Elmar Schenkel relays a fascinatingly relevant anecdote:

When David Garrett, the great 18th-century actor, tried to visualise the invisible ghost of Hamlet’s father, he had to resort to a technological gimmick, the mechanical wig that would rise on command – no ghost, but hair standing on end. The audience could not see a ghost, but only its effect: horripilation, as the terminology goes. The ghost had been transferred on to the living human being. That invisible beings might enter the spectators is a deep fear undermining human identity at its core.

Nothing better encapsulates the collective human mood than the final line above. The coronavirus itself has an ethereal, ghostly quality. Most human energy is now being invested in preventing this invisible being from entering us. We are being doubly haunted – by the virus itself as ghost and the spectral upheaval is has wrought on our psyches.

Seemingly besieged by an incorporeal threat that is striking at will – randomly, exponentially, in all places and at all times – reality has been rendered into phantasmagoria. There is a liminality to the quotidian like never before, where every breath taken and every surface touched is latent with existential implications. Yet while we wash and cover and distance and shelter, we can still not fully avoid one another. Nor do most of us want to, struggling already with the presence of absence resulting from isolation. But we must now incorporate into our navigation of physical encounters both the avoidance of contagion and the seepage of suspicion it requires.

Going outside for a walk or, more daringly, a trip to the grocery store, we are more aware than ever of our proximity to others just as they are of us. Jean-Paul Sartre’s summary observation in No Exit that “Hell is other people” has assumed a qualitatively more severe level of significance. For Sartre, the meaning of that statement is not that other people are terrible but that shame is the primordial result of our encounter with the gaze of the Other. As he explained in Being and Nothingness, “Pure shame is not a feeling of being this or that guilty object but in general of being an object; that is, of recognizing myself in this degraded, fixed and dependent being which I am for the Other.”

This pure shame, which informs the construction of our subjective self as a result our becoming aware of our objectness in the eyes of the Other, has now been universally amplified in this time of pandemic. For we are now not only an object in the gaze of the Other, but a potentially infected or lethal object. As with pure shame, our understanding of how we are seen by the Other is based on how we ourselves see others. And while we may correctly seek to not be guided by suspicion or fear of the Other, we cannot help but hold it somewhere in our consciousness. We do not know which bodies (including our own) may be the carriers of that invisible being. Therefore, all bodies must be treated as potential threats. If we see others as such, this means we are also aware that is how we are being seen. Thus, in addition to the experience of pure shame, we must add the experience of ourselves as threat. Even if we’re not haunted by the virus, we’re haunted by our subjectivity as constructed through the pandemical gaze.

Understandably, this haunting is primarily experienced in negative terms. Yet something cannot exist without its opposite, and it is through the duality that wholeness is encountered. An eerily resonant example for today can be found in a snippet of mythical lineage. Asclepius, the Greek god of healing, was the son of Apollo, whose arrows brought plague and sickness, and the princess of Thessaly, whose name was Coronis. Even the race for a vaccine implicitly acknowledges that the path to healing lies in the sickness.

Expanding on the theme of opposites, above were listed several aspects of what the spirits of this moment have brought with them – aspects usually described as negative. But to only hold that part is to solely embrace the shadow and miss the light that also emerges from this moment. For if the pandemic is a mirror, when we look into it, not only do we see death and suffering, but also community, solidarity, love, gratitude, mutual aid, resilience, and transformation. Just as the shadow side obliges reflection, the light also asks us to ponder how it feels when we see its part and how can it instruct our vision for the present and future. In holding the dark with light, we encounter the full field of what the pandemic is bringing and demanding.

Likewise, as the gaze of the Other – and our gaze as well – may arouse shame and suspicion, that is not all that occurs in our meeting with one another. Counter to Sartre’s nauseous shadow, Emmanuel Levinas reminds us that seeing the face of the Other inspires in us a sense of “infinite responsibility” and obligation for them. For to see the Other is to see ourselves and establish communion. In Totality and Infinity, he wrote, “In the face the Other expresses his eminence, the dimension of height and divinity from which he descends.” If the Other holds that eminence and divine origin, so too must that be contained in us. If we can see that in the faces of others, so too can they see it in ours.

These are most haunting, terrifying times. In being so, they are also multivalent and rich with contradictory potential. We are faced with the task of holding it all, of doing all we can to not only survive it, but to learn from it. As the pandemic’s haunting gaze stares back at us, as that invisible being shows us the reality of all that we have built – physically and psychically – what will be our reply? Whether ready or not, we are in the midst of answering. Perhaps salient to this moment of communal isolation is an excerpt of Seven Sermons to the Dead, Jung’s reply to the spirits that haunted him:

In community there shall be abstinence.

In solitude let there be squandering of abundance.

For community is the depth, while solitude is the height.

The true order in community purifies and preserves.

The true order in solitude purifies and increases.

Community gives us warmth, while solitude gives us the light.