On the most recent episode of the It’s Going Down podcast, I had the opportunity to speak with Clay Colmon, who teaches in the Cultural Studies Department at Claremont Graduate University and is the Associate Director of Instructional Design at UPenn’s School of Arts and Sciences. A shorter version also aired on KPFA (Bay Area, Santa Cruz, and Fresno) on April 30. That version can be heard here.

We discussed the potential and meaning of change, the growing capaciousness of Afrofuturism, the power of Black speculative futures, the significance of vision and story in social struggle, the construction of the human, the possibilities of Black transhumanism and posthumanism, and the implications of all of the above.

On this episode of the It’s Going Down podcast, IGD contributor Scott Campbell interviews Yunuen Torres, a community member from the autonomous P’urhépecha municipality of Cherán, Michoacán. More than nine years ago, on April 15, 2011, the residents of Cherán rose up and removed from their community illegal loggers linked to cartels, the municipal authorities, and the police. In the time since, they created an autonomous communal government where political power rests in the hands of the community and that has been designed to meet the needs of the more than 20,000 inhabitants of Cherán.

The conversation discusses the uprising and its context, how the communal government was formed and how it functions, the changes and challenges experienced in the community as a result of nine years of autonomy, as well as how Cherán is facing the COVID-19 pandemic, and what lessons and inspiration the community’s struggle may offer to other struggles and social movements in other locations.

The interview was conducted in Spanish and rerecorded in English. Many thanks to the comrade who offered their voice for this recording. The two music tracks included in this podcast are both from Cherán. The first is by Colectivo Aho and the second composed by music teacher Mario López and performed by the young musicians of the Banda Sinfónica Infantil y Juvenil Cherán K’eri. A transcript of the interview can be found below.

END_OF_DOCUMENT_TOKEN_TO_BE_REPLACED

Originally published on It’s Going Down 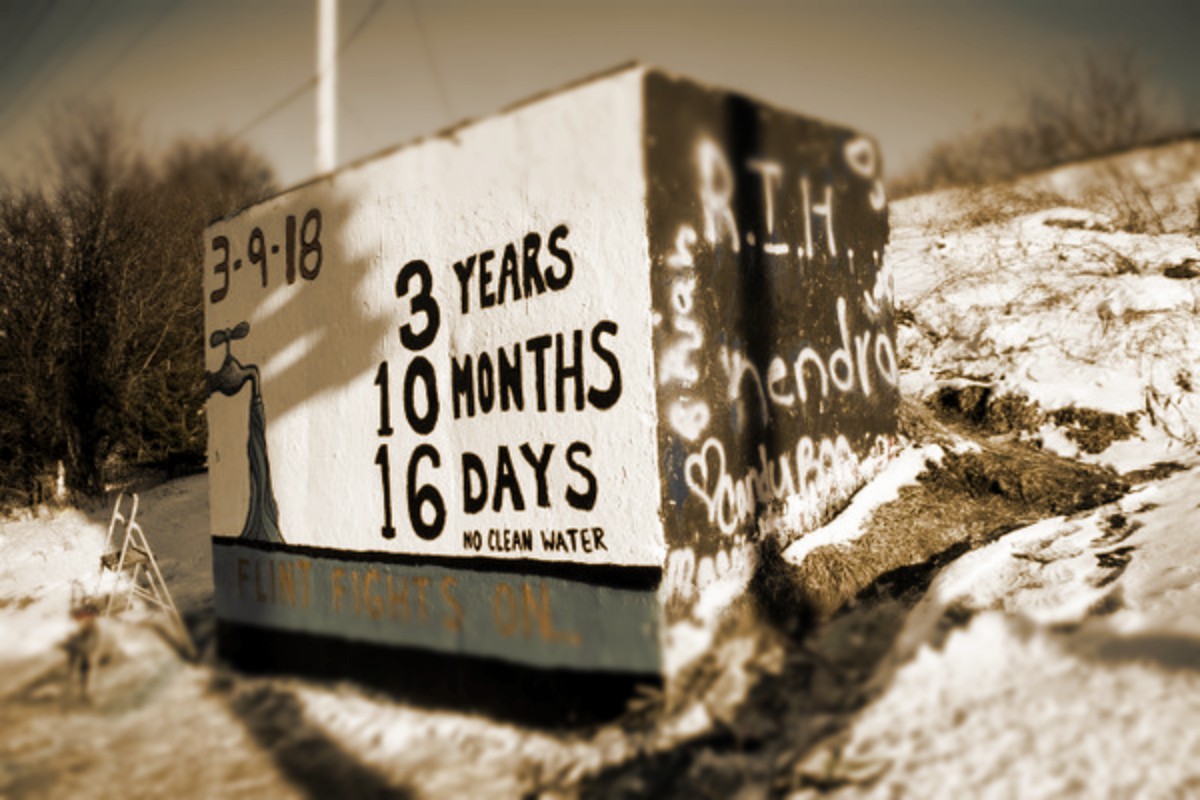 In this episode of the It’s Going Down podcast, we speak with two ongoing IGD contributors Peter Gelderloos and Scott Campbell about the shifting terrain of US empire globally as well as internally. Touching on everything from new global free trade agreements which seek to remove the United States from the equation, the continuing possibility of world nuclear war, as well as continued attacks at home on workers, migrants, and the poor, we look at life in the US one year under Trump.

But as we discuss the current terrain, our guests return again and again to the reality of declining US hegemony and power, as well as the question of what that means for humanity. The fact that we are living in a country that is losing both economic as well as military supremacy, both in terms of influence and control, is now not a controversial statement, but one of growing academic discussion.

END_OF_DOCUMENT_TOKEN_TO_BE_REPLACED

Editor’s note: Luis Fernando Sotelo was arrested in Mexico City in November 2014 after a protest for the disappeared students of Ayotzinapa. During the demonstration, a Metrobús station and a Metrobús (a rapid transit bus service) were burned. After nearly two years of proceedings, he was sentenced to 33 years in prison in September 2016. Following an appeal, he was resentenced to 13 years. He has since been resentenced again, as he explains below.

To those who resist the strategies and apparatuses of capitalist power.
To the compañeras of the world who rebel and refuse to accept forms of domination.

Turning my attention to the reciprocity that I believe is the foundation of true revolutionary solidarity, I wish to share a chapter of my life, reflecting even behind the prison bars, here in front of the desks of the judicial system, the arm of the state, where the defense of freedom and justice becomes a monetary exchange.

So I’ll tell you: Here, around midday, without taking me by surprise, I heard the messenger (also a prisoner and in charge of delivering the permits to go see the judges). He shouted my name and I knew then that I would be receiving news from the Fourth Criminal Court, that they had issued a new sentence. I was given the news in the dock of the 32nd Court. I suppose the one who read me the ruling – he didn’t identify himself – was a secretary. I only saw him.

END_OF_DOCUMENT_TOKEN_TO_BE_REPLACED

This is a special IGDCAST with Sofi, an anarchist compañera from Mexico City who is deeply involved in a variety of solidarity and organizing efforts with anarchist prisoners in Mexico. The audio interview is in Spanish, while below is an English transcription, along with two song MP3s you can download separately. If you want to see more in depth reporting on what is happening in Mexico, be sure to support our Mexico trip fundraiser.

We start off this episode with a recorded greeting from the Cimarrón Collective in North Prison in Mexico City. Then Sofi discusses the persecution and repression facing the anarchist movement in Mexico City as well as a review of the situation of four anarchist prisoners currently being held by the Mexican state. We look at the corruption, exploitation and neglect that occurs in Mexican prisons and what compañeros on the inside are doing to fight back. In particular, there is a focus on the Cimarrón Collective, a formation started by anarchist prisoner Fernando Bárcenas that has autonomously reclaimed space inside the North Prison and self-manages a variety of initiatives. For listeners, perhaps the most intriguing one will be their punk band, Commando Cimarrón. A couple of their songs are included in the podcast.

The interview then wraps up with discussion of a proposed amnesty for prisoners being put forward by “leftist” political parties in the Mexico City government and the response of our anarchist compañeros. Lastly, there are suggestions for how the struggle for their freedom can be supported from outside of Mexico. Throughout this post, we include links for more information, primarily in English, and photos of some of the art produced during workshops organized by the Cimarrón Collective.

END_OF_DOCUMENT_TOKEN_TO_BE_REPLACED 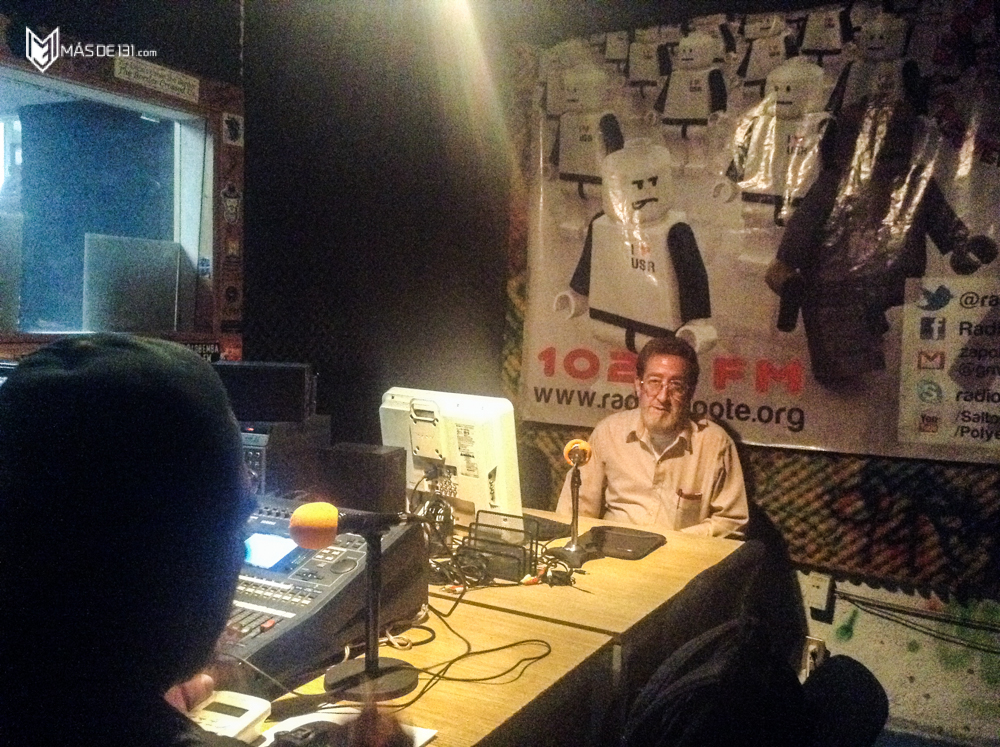 The officials went to the site where the transmission equipment was located. There they handed to the compañero who received them a document dated August 17, 2016, which indicated that the inspectors were charged with inspecting/checking the broadcast equipment transmitting on the 102.1 MHz frequency. In addition, they intimidated the compañero by threatening to take away his home if he didn’t let them in. Faced with this threat, the compañero let the inspectors in. The equipment removed by the federal inspectors were: a low-power frequency modulation transmitter, a circularly polarized antenna, and a transmission line (RG8 coaxial cable).

END_OF_DOCUMENT_TOKEN_TO_BE_REPLACED

Earlier this week I spoke at length with the Angry Indian for his radio show. While the discussion was based around the Zapatistas, we also covered topics such as colonialism, indigenous resistance, Palestine and capitalism.

Have a listen here.