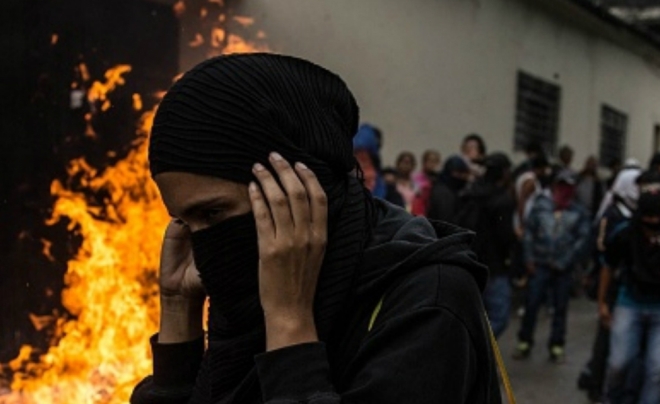 Originally published on It’s Going Down
By Scott Campbell

Following a calamitous event such as the election of Donald Trump, the first reactions are often visceral. Those who view it positively gloat and interpret it as greater permission to act according to their more base impulses, seen in the increase in anti-Semitic, Islamophobic and racist attacks since November 8. Those who view it negatively experience a kind of shock and anger. In an attempt to process the unexpected, those emotions frequently are vented in the form of projection, utilizing shame and blame in an attempt to shore up a challenged worldview. Social media exacerbates this by permitting us all to become unfiltered pundits, clicking the “post” button to bestow legitimacy upon any thought that may pop into our heads or trying to acquire social capital by presenting oneself as the holder of the correct analysis.

I’m of course of the opinion that Trump’s election is a negative occurrence. The thousands who have been militantly taking the streets all around the United States are an encouraging sign, especially heartening are the youth, disenfranchised by this system yet perhaps the most at risk from it, organizing walkouts of their schools. The immediate and spontaneous rejection shown in the streets establishes an important oppositional framework for the long road that lies ahead and serves as a way to communicate to one another, to those most at-risk under a Trump regime, and to the rest of the world that the fight back is already underway. But as we are all aware, street actions are never enough. From an anarchist perspective, this moment calls for reflection along with action. In my view, I see three main tasks: a) problematizing electoral politics; b) understanding Trump’s victory; and, c) planning for the long haul.