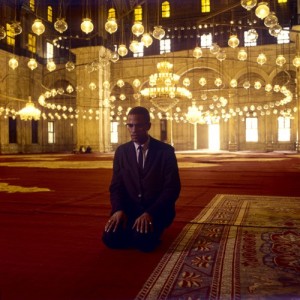 One of my biggest fears in undertaking this new site and a more open posture is that I will be judged by colleagues and comrades, people I’ve worked and organized with in the real world and online, as selling out, going soft, turning liberal. In the past, I very much adhered to a type of role or persona in carrying out my work. I held onto an internal narrative that I constructed which said I must present myself as a strident, uncompromising, militant radical of the anarchist variety lest I be thought less of, judged unworthy. Of course such thinking is flawed and problematic on numerous levels, yet that narrative became very loud, drowning out the parts which desired to share a more complete version of myself. It still holds a lot of sway and tells me I will be judged for writing these very words. All the more reason to continue doing so.

It happened that I was indulging in this particular fear on Malcolm X’s birthday, May 19. A common ritual on a commemorative day such as that is to share quotes from the deceased. And so I was looking over some quotes and found a few of his that resonated with me around this very topic.

“If you have no critics you’ll likely have no success.”

“Every morning when I wake up, now, I regard it as having another borrowed day.”

“Stumbling is not falling.”

Then I recalled how after Malcolm X went on Hajj, where he had a spiritual experience, he was viewed as being “softer.” His letter from Mecca is a profound recounting of the opening that occurred for him. Later, upon speaking with Alex Haley, he shared, “Because of the spiritual enlightenment which I was blessed to receive as the result of my recent pilgrimage to the Holy City of Mecca, I no longer subscribe to sweeping indictments of any one race. I am now striving to live the life of a true Sunni Muslim. I must repeat that I am not a racist nor do I subscribe to the tenets of racism. I can state in all sincerity that I wish nothing but freedom, justice and equality, life, liberty and the pursuit of happiness for all people.”