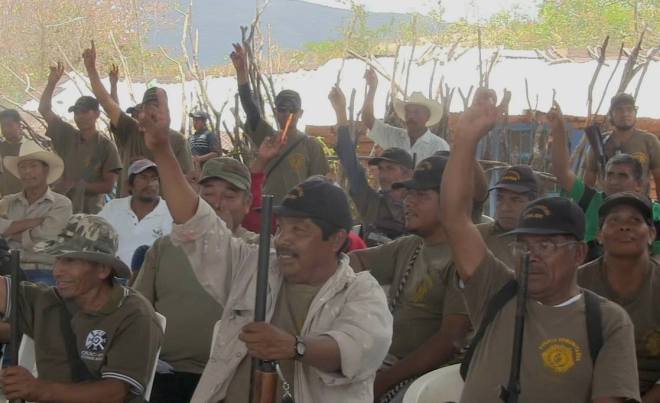 Chilpancingo, Guerrero | According to local press reports, the body of teacher Irineo Salmerón Dircio was found the morning of November 25. The teacher and coordinator of the Regional Coordinator of Community Authorities (CRAC-PC) was kidnapped by an armed group on November 23.

According to state press reports, one of the two bodies found in bags near the community of Amate Amarillo in the municipality of Chilapa de Álvarez belonged to the coordinator of the CRAC-PC, who had been kidnapped by an armed group the previous Wednesday.