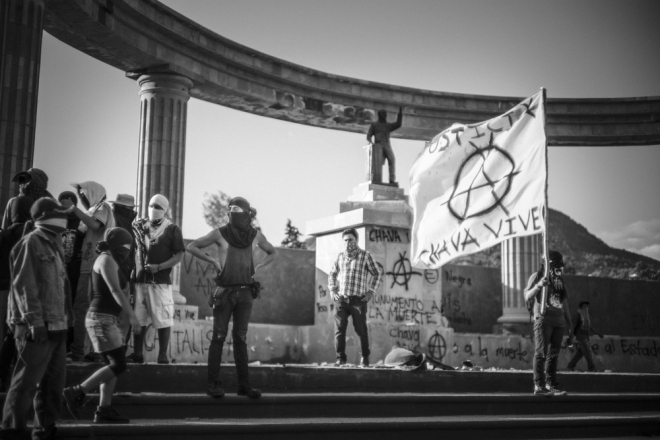 We write this after reading the “Statement from the Huajuapan Libertarian Bloc on the police murder of compañero Salvador Olmos ‘Chava’” [more on Chava in English] as we believe given the escalation of the war and advancing repression on anarchist/libertarian settings it is necessary to clarify our positions in the interest of identifying the enemy’s multiple forms, as they are often reduced to criticisms of “government injustices” or simply “to believe that evil is embodied in a person or politician” and not the reality that it is the entire system of rulers and ruled who together actively participate in the maintenance of the capitalist social order.

Let it be clear! The following words are in no way aimed at tarnishing the memory of compañero Chava or to start polemical bickering, nor to cause fighting amongst ourselves, this is above all a reflection from compañeros for compañeros and we hope it is taken as such.